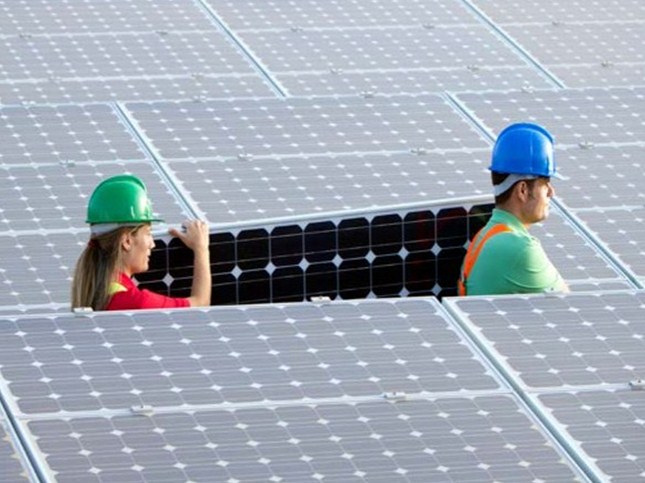 Renewable energy as experts has been saying bring many benefits. All over the world, big global brands and governments are making the shift to sustainable sources of power because they to help the environment as well as save on power costs.

However, more affordable energy prices and a cleaner environment are not the only benefits of choosing renewable energy. Fortunately, opting to build RE plants has a direct on the economy through job generation.

The International Renewable Energy Agency or IRENA report, Renewable Energy and Jobs Annual Review 2018 showed that in 2017 alone, the renewable energy industry generated more than half a million jobs around the world. This number brings the total number of people employed by the sector to 10.3 million as some 500,000 more jobs were created last year by the industry.

The same report noted that United States, China, Brazil, Germany, Japan and India combined accounted for the 70 percent of the jobs. Asia on the other hand accounted for 60 percent of all the renewable jobs having employed three million workers for solar PV energy alone.

These numbers can silence many naysayers who claim that a shift to greener forms of energy could cost many workers their jobs. In fact, the change to cleaner forms of energy is set to create more employment in the next coming decades as noted by Adnan Z. Amin, Director-General of IRENA. “Fundamentally, this data supports our analysis that decarbonisation of the global energy system can grow the global economy and create up to 28 million jobs in the sector by 2050,” Amin stressed.

Locally, the RE sector can create plenty of jobs for the Filipinos, too.

The  Greenpeace report “Green is Gold: How renewable energy can save us money and generate jobs, in 2013, noted that the Philippines, being a tropical country can generate as much as   4.5 to 5.5 kWh/m2/day. Data collected by the research showed that a 10 MW solar power plant usually employs 1000 people during the construction phase that lasts for six months and additional 100 full-time employees.
And this is just for solar power.

Overall, Greenpeace’s report found that the RE sector in the country can provide as much as 6.3 million jobs by 2030. Plus, renewable power in the Philippines can create some 62,625 jobs for every 7.828 RE projects for development

Unfortunately, unless we can fix the problems in the sector, then we cannot expect to reap the full benefits of RE including providing more employment for the Filipino workers.

Inconsistent and unfavorable policies to developers hinder the sector from reaping the economic benefits of harnessing more power from natural sources. The IRENA report stressed this point when it noted: “Employment trends and patterns are shaped by a wide range of technical, economic and policy-driven factors. Where policies become less favorable to renewable energy, change abruptly or invite uncertainty, the result can be job losses or lack of new job creation.”

The developments in the last few months have been a testament to the uncertainty in the energy sector. Just last December, the Commission on Audit suspended the four commissioners of the Energy Regulatory Commission or ERC.  A bill in Congress is seeking to abolish the commission was filed in the lower house after. By February, the Court of Appeals’ granted a temporary restraining order stopping the suspension. The conclusion of this saga remains to be seen.

Plus, we are also dealing with the cha-cha of our government or back and forth of our government in increasing the shares of renewables in our power mix. The Energy Department had a goal of sourcing 35 percent of our overall power needs from RE by 2030 and later pushed the deadline further to 2040.

In fact, in the next decade, the share of coal is set to increase by 10 percent as noted by Fitch-owned, BMI “The share of coal [is]actually increasing over our 10-year forecast period—from just under 50 percent in 2017 to over 55 percent by 2027,” BMI noted. What’s worse is that the contribution of renewables in our energy mix will likely decrease to 16 percent in 2027 from 20 percent in 2020 according to the study.

These numbers do not reflect our goal to source more power from renewable energy. So, we are unlikely to generate more jobs from the RE sector if this projection materializes.

Aside from missing out on having lower energy costs and helping our environment, the Philippines is likely to miss out on the opportunity of providing additional jobs from the development of more renewable energy plants.

If we can only get our act together, then we can surely reap the benefit of having more jobs from harnessing more power from renewables especially since the Philippines is blessed with overflowing natural resources. Doing so will reduce the burden on Filipino households and provide individuals with more jobs and higher disposable income which Filipinos need and deserve.

Greenpeace report “Green is Gold: How renewable energy can save us money and generate jobs