Southeast Asian countries are at different stages of economic development and will have higher demand for energy. In fact, according to the Global Energy & CO2 Status Report published by the International Energy Agency or IEA, Southeast Asia (SEA) accounted for eight percent of global energy growth last 2017.

An earlier report released by the same agency, the Southeast Asia Energy Outlook 2017  revealed that the region’s energy demand is likely to grow by roughly two thirds and account for a tenth of the world demand by 2040. Installed capacity is set to increase from 240 GW in 2017 to 565 GW by 2040 with coal accounting for  40 percent of the growth. This will push Southeast Asia to become a major importer of fossil fuels by 2040. The IEA predicts that the region’s annual net import bill will be over $300 billion, which is equivalent to four percent of the SEA’s total gross domestic product.

The IEA, however stressed that the region can still avoid incurring such a huge net import amount if governments implement policies that will reduce the demand for energy and increasing the use of renewables. Based on IEA’s estimates, Southeast Asia can lower the import bill by $180 billion if  the region increases Renewable Energy’s share in the mix by 20 percent.

The agency stressed that the increasing energy demand both pose as a challenge and an opportunity as governments can opt to go for affordable policy and technology options. ” The rapidly declining cost of wind and solar PV provides an opportunity to help meet growing electricity demand in a cost-effective and sustainable manner  while also helping spur local manufacturing industries.”

IEA also noted that attracting investments in RE will be crucial to meet the region’s energy requirements as Southeast Asia will need some $2.7 trillion to $2.9 trillion in investments by 2040.

For his part, International Renewable Energy Agency or IRENA director-general Adnan Z Amin noted that Southeast Asian countries should do a better job in attracting higher investments for RE development.

He stressed that despite the falling costs of RE technologies around the world, financing for RE in SEA countries remain a challenge given the lack of clear policy and regulatory frameworks for investors. He urges SEA countries’ leaders and regulators to come up with clear and reliable long-term policies to attract financing for the sector: “Basically what we’re lacking right now is a sense of government resolve and a sense of adequate, reliable policy framework that allows the private sector to come in…The market opportunity has to be created by policy and regulations.” 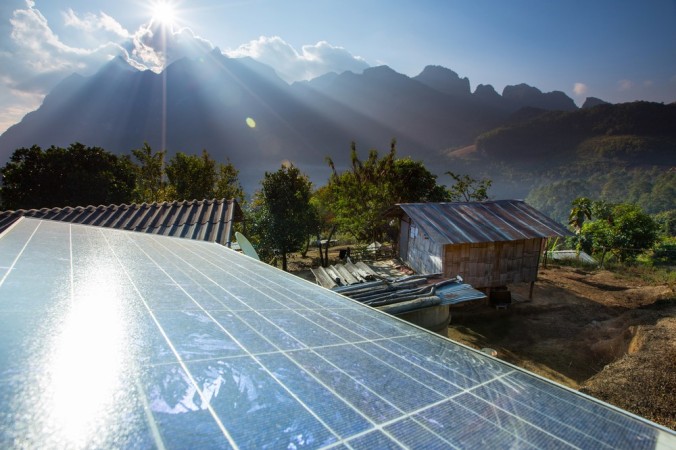 Southeast Asia can save $180 billion if more renewables are used by 2040. Photo c/o www.eco-business.com

Unfortunately, the observation of the IRENA president reflects the state of our policies and regulatory environment of the energy sector in the Philippines. The regulations here in the country are far from friendly to RE developers and do scare potential investors.

For one, the foreign ownership restriction in our constitution prevents investors from coming in to help us build more RE plants. As I have suggested in the past, it is time for us to consider allowing foreign investors to provide the equipment and technologies needed convert our resources into power while limiting their ownership on the natural resources. After all,  building RE power plants is an expensive undertaking and there are very few local businessmen who can afford to develop RE.

Aside from our problem in the foreign ownership, our regulators and even some of the players in the sector fail to realize the importance of renewables on the economy.  As I have been discussing thoroughly in this blog, we need to realize that the concept of least cost– where we only look at the upfront cost of building our power plants– hinders RE from becoming mainstream in the country.

We seem to forget that the risks of foreign exchange fluctuations, global fossil fuel prices and other market conditions will cost us more in the future. Our country cannot fully realize the benefits of RE unless we appreciate  the crucial role it plays in ensuring both energy security and equity. This is unfortunate for us as our country has been blessed with natural resources we can tap to help us achieve equitable economic growth.

Our government should pave the way for a more flexible design of a distribution system that can immediately supply the power demands and at the same time deliver the preferred sources of power to the customers.  Our distribution companies should have intelligent systems capable of accommodating renewable energy sources. We need to take a good look at our distribution system and make some drastic changes if we are serious in our desire to bring more renewables in our energy mix.

These are just are some of the problematic  issues that the sector needs to address and there are more.  Around the world, developments are taking place to accommodate greater use RE, and unless our country and regulators are able to address the myriad of problems hounding the energy and hampering more investments in renewable development, then the Philippines will surely be left behind by the rest of the world.