According to news reports, Germany intends to shut down its first power plants that use black coal in 2020 as part of the country’s efforts to phase out all coal plants by 2038.

Earlier this year, Germany, one of the largest consumers of coal in the world, announced that it would shut down all 84 coal-fired power plants in the next two decades in the hope of meeting its international commitments in the fight against climate change.

Coal plants account for roughly 40 percent of Germany’s electricity as the country is the last bastion of coal burners inNorth-Western Europe.

The decision to close all of Germany’s coal-fired plants was no walk in the park. The German coal exit commission consisting of industry representatives, politicians, and non-government organizations (NGOs) spent seven months of discussions and a 21-hour negotiating session deciding whether to junk coal-fired plants altogether.

The decision to end coal plant operations was described as “a historic accomplishment,” by Ronald Pofalla, chairman of the 28-member government commission. Likewise, Hans Joachim Schellnhuber, a member of the commission and an adviser to the German chancellor, Angela Merkel stressed that “This is an important step on the road to the post-fossil age – a step that also opens up new perspectives for the affected regions through innovation-driven structural change.”

German Chancellor Angela Merkel’s administration is reported to have allotted some 1 billion euros or $1.1 billion to fund the closing of several coal plants with a total of five gigawatts capacity by 2023. Merkel’s government intends to replace coal power with renewables by increasing the share of renewable energy from 38 percent to 65 percent in 2030. 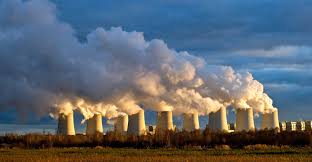 Germany, one of the largest consumers of coal in the world is shutting down all 84 coal-fired power plants in the next two decades. Photo c/o carbon brief. org

Germany is not the only country that’s retiring coal-fired plants. The United Kingdom government has earlier committed to phasing out its coal plants by 2025.

Similarly, in the United States, coal plants are being closed as well. According to data from the U.S. Energy Information Administration and Thomas Reuters, around 10,6000 megawatts of coal-fired plants are either to be retired or converted to gas by the end of 2019. Last year, several coal plants with a total of 13,000 MW ceased operations.

And the Philippines will continue to rely on coal for at least two more decades, according to BNEF’s New Energy Outlook 2019.

Our country’s reliance on coal does not sit well with various sectors. There have been calls to place a moratorium or suspension on the building of new coal-fired power plants. Cagayan de Oro City 2nd district Rep. Rufus Rodriguez floated the idea during a budget deliberation so the Philippines can cut its carbon emissions.

Congressman Rodriguez asked Energy Secretary Alfonso Cusi if he agrees to a moratorium on coal to help the Philippines meet its commitment to the United Nations by 2030. “May we know whether the Secretary agrees that we should, therefore, to comply with our Intended National[ly Determined] Contribution to the UN, we should therefore already have a moratorium on coal plants?” he asked.

The secretary, however, was quoted to have said a “moratorium on any technology is a disservice to our country.” If we can find alternative ways to provide electricity service, then it will not be a disservice.

But setting aside environmental concerns, there are other reasons why the Energy Department should consider placing a moratorium on coal power, particularly large central thermal coal plants.

We have to keep in mind that coal-fired power plants with large generating capacities are signed up for long-term power supply agreements (PSAs). These contracts often run up to 25 years.

The problem with these long-term PSAs is that they take away the power of consumers to choose their preferred sources of energy or technologies. Essentially, big coal-fired plants that are signed-up by distribution utilities will end up burdening consumers who are stuck with the same power supply contract for as long as 25 years. This is a disservice to consumers since what we should be aiming for and working for is for the consumers to be given a choice on their preferred technology and pricing. So distribution utilities should balance their portfolio by matching type and tenor of their contracts to the needs of their consumers.

This is just the problem with our energy planning. We often fail at being consumer-centric when in fact, placing the welfare of the consumers should always be the priority. Looking after consumers mean giving them as many options as possible. Unfortunately, locking them into long-term supply contracts is akin to taking away their power to choose. We could change all that now by considering a moratorium on the construction of big central thermal coal power plants.

But the discussion should be beyond just discussing “moratorium” as we should really be thinking about alternative ways to tap the environment for energy. It is this mentality of looking for an easy way out of our energy needs that leads us to the usual suspect: coal. So yes, we should have this moratorium on new coal plants while developing other sources of energy.

Green energy use to rise but coal to remain necessary