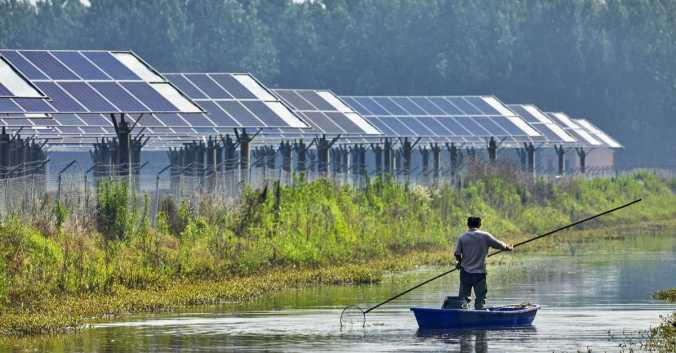 The number of people served by off-grid renewables around the world has increased six-fold since 2011 as there are roughly 133 million people enjoying renewables in remote areas in 2016 according to International Renewable Energy Association in its report, Off-Grid Renewable Energy Solutions: Global and Regional Status Trends.

Of the 133 million, there are 100 million who are using solar lights, 24 million solar homes and nine million are connected to a mini-grid.

In terms of capacity, off-grid renewable capacity has also increased three-folds from under two gigawatts in 2008 to 6.5 in 2017.

The report noted that growth came from the Asia and Africa regions with 76 million Asians and 53 million Africans enjoying the benefits of off-grid renewable energy. Asia accounted for the most significant growth over the last decade from 1.3GW in 2008 to 4.3 GW in 2017. The population that’s enjoying RE in the region has increased by eight times, from 10 million in 2008 to 76 million in 2016.

The growth of renewable energy use in remote areas is not surprising since it has long been established that renewable can reduce energy poverty as well as help lower power costs even for isolated areas.

In the Philippines, various studies are concluding that the country will have big savings by using renewables for off-grid locations.

For example, recently, the Access to Sustainable Energy Program (EU-ASEP), a European Union (EU) funded program has said that the National Power Corporation can save as much as Php 2.25 billion, which is the equivalent of Php 4.50 per kilowatt-hour if the agency chooses hybrid technology for its mini-grids.

The EU, through its strategic advisor of the study, Dr. Christoph Menke defines hybrid mini-grid as “combines at least two different kinds of technologies for power generation and distributes the electricity to several consumers through an independent grid.” This means combining renewable energy with a traditional source of power such as diesel power plants as what most off-grid islands use for their energy.

The Php 2.25 billion savings is feasible, our Energy Department confirms in a statement: “Hybridization, in combination with properly maintained generator-sets will enable NPC to save around P2.25 billion annually.”

The EU-backed research is not alone in emphasizing the importance of adding more renewables for off-grid islands in the Philippines.

Similar recommendations were provided by the paper entitled “Electricity-Sector Opportunities in the Philippines: The Case for Wind- and Solar-Powered Small Island Grids,” which stressed that country could save as much as Php10 billion if off-grid islands use RE rather than traditional power sources.

Choosing renewables is the best solution to address energy poverty in the country especially when there are some 2.4 million Filipinos homes without access to poverty as of 2014.

Energy Undersecretary Felix William Fuentebella has recently announced that the Energy Department is ready to release a Department Circular named Renewable Portfolio Standards Rules for Off-grid Area, mandating industry players of off-grid and missionary areas to source a part of their needs from renewable sources. The RE requirement or percentage, as well as the yearly incremental RE generation in every off-grid area yet, has to be determined.

The circular could have been released much earlier given that the need to provide access to power and lower energy rates has been there all along. Nevertheless, may this circular help in providing stable and affordable electricity to fellow Filipinos living in isolated areas.

Electricity-Sector Opportunities in the Philippines: The Case for Wind- and Solar-Powered Small Island Grids. The Institute for Energy Economics and Financial Analysis