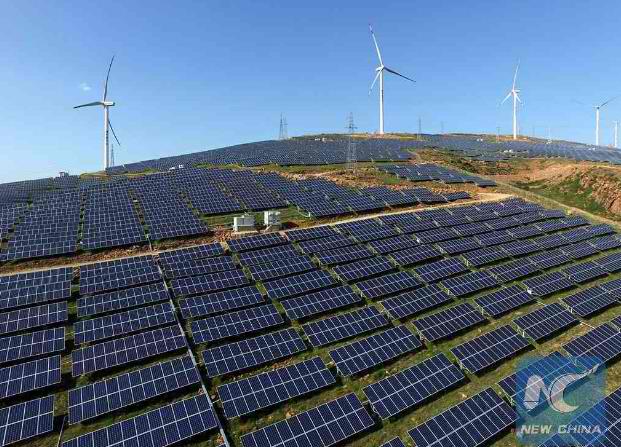 China, the world’s biggest polluter, is making a significant shift.

At the start of the year, the world’s largest consumer of energy has announced that it will pour some $361 billion by 2020 into renewable energy investments.

The announcement came after China raised its very first national red alert for smog as two dozens of cities in the country suffered from the air pollution, where officials warned citizens of a possible reduction in visibility to less than 500 meters. The smog, which is a clear manifestation of high air pollution forced airlines to cancel flights.

China, the country that uses more than half of the world’s coal is now working on sourcing a big chunk of its energy needs from renewables.

Its economic planning office, the National Development and Reform Commission (NDRC), has said it plans to boost the capacity of solar power by five times.  The country will also spend one trillion yuan in solar, 700 billion yuan in wind energy and 500 billion in hydropower with tidal power.

At present, the country generates the most renewable energy in the world. As of 2015, China accounts for 199 GW of the world’s 785 GW produced RE capacity excluding hydropower. It has drawn up a total of 199 GW of RE, while all European countries combined and the United States only generated 276 GW and US 122 GW, respectively. The country is also the largest wind generator for the same year, producing some 30.8 GW, more than thrice the generated wind capacity of the United States and Germany at 8.6 and 5.7 GW.

China also outpaced all other countries in RE investments for the same period as its RE investments reached $102.9 billion. The amount is almost three times higher than $49.8 billion of investments of poured in by European and US of $44.1 billion.

Even before the announcement of massive investment into renewables, the Chinese government has already made it clear that it is serious in its drive to lessen its carbon emissions. Last September, the government canceled some 103 planned and under construction coal power plant projects with a combined total generating capacity of 120 GW. Just this March, the government also announced that it would either be shutting down or postponing a total of 50 GW coal projects.

With all these developments, China is poised to become the world’s leader in the global fight on climate change especially since US President Trump has headed in the opposite direction. And in the words of Greenpeace East Asia’s spokesman Li Shuo: “China has transformed itself from climate bad boy into a reluctant leader, and at the Paris climate change talks, really a true leader.”

But China’s change in gears isn’t only about towards a greener environment. It is also an economic strategy according to experts. In a report, a professor at King’s College London, Nick Butler notes that the new energy direction also aims to reduce China’s reliance on imported supplies and to create a modern economy that provides more jobs as its economy continues its transition. After all, the announced investment is seen to generate some 13 million jobs.

“Having managed the transition from a predominantly agricultural economy to one based on heavy industry, basic manufacturing, and construction, China must develop a more complex economy with a rise in services, consumption, and higher value added,” Butler said.

China’s pivot is an excellent example of how shifting to greater use of renewables comes with enormous benefits. Indeed, this significant change will pave the way for a cleaner environment as well as provide more jobs needed by its citizens.

The Philippines should take note of this shift given that the State Grid of China Corp. (SGCC) is a major investor in our transmission company National Grid Corporation or NGCP. The Philippines will stand to gain from this Chinese pivot if SGCC will help the campaign for RE in our country.